On Friday the 19th of June 2015 the Christening of the MV ABIS Esbjerg has taken place. The vessel has been built by CIG Shipbuilding Poland and after a successful sea trial the vessel arrived in Harlingen on Saturday the 13th of June.

The ABIS Esbjerg is a sister ship of the ABIS Dunkerque, Dusavik, Arctic Dawn and Indian Dawn. It is the fifth vessel out of a total series of six mini heavy lifters with cranes and bridge in front of the vessel.
The ABIS Esbjerg is equipped with a MaK 8M32C diesel engine. 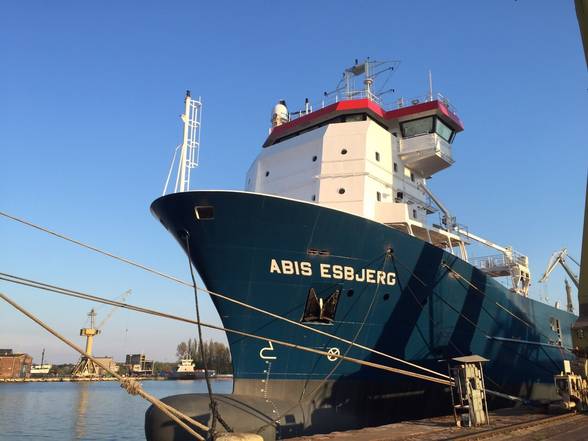